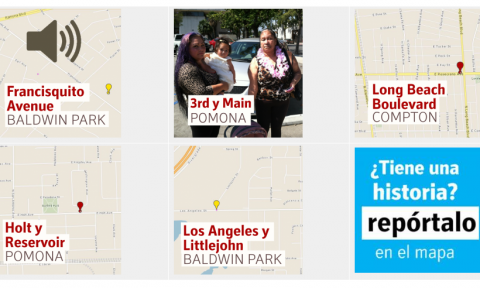 See stories from community on a map

Throughout Los Angeles, unfair impoundment policies were disproportionally affecting immigrant communities and families. When a family lost their car, the results could be devastating. Healthy City working with a diverse coalition of organizations identified what communities were most impacted by vehicular impoundments and initiated a campaign to change these restrictive policies - Liberen Nuestros Autos / Free Our Cars. 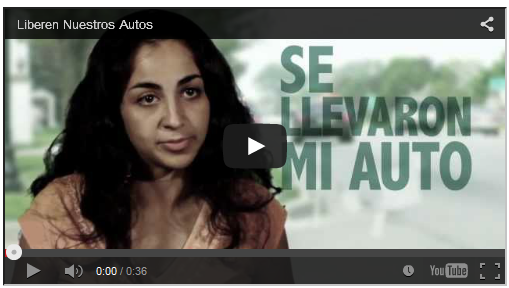 The Problem Uncovered: Research conducted by California Watch in 2010 found that there was a practice among law enforcement around “selective enforcement” and posting “random DUI checkpoints” in or near Latino neighborhoods. Citing immigrant communities for “driving without a license” stripped them of a reliable form of transportation, placing their health and economic wellbeing at risk.

The outcome: Police were seizing cars in predominantly Hispanic cities at three times the rate of cities with small minority populations. Additionally, more cars were impounded at DUI checkpoints because of unlicensed drivers than for actual DUIs. And, although each impoundment would set a family back $1000 to $4000, cities were using the money collected to fill budget holes with an estimated $40 million generated from towing fees and fines. Officers were also receiving an estimated $30 million in overtime pay funded by the Office of Traffic Safety to conduct checkpoints.

Through a grant from CCF and the Knight Foundation Healthy City developed a bilingual tool for drivers to report car impoundments and map incidents onto a Wikimap. Users could map the location of their impoundment, label it as a “checkpoint” or “traffic stop”, and upload a photo or video. The coalition also created a voicemail system, where users could leave voicemails detailing the incident and HC would upload the details for them.

The Coalition’s mobilization and media campaign gathered over 1000 stories and documented where the highest incidents of impoundments were occurring. Moreover, we documented the stories of how these policies where affecting people’s lives. The coalition ran a multi-month informational campaign with traditional radio and TV and Public Service Announcements. Through grassroots mobilization we engaged communities with social media, SMS and other information dissemination efforts.

See stories from community on a map here.

← Back to Case Studies

Accepts .xls(x) format.
A column in your file should match values with a Healthy City field.

Check this box if geocoding for APCA research projects.

Column name in your file that links to a Healthy City geography.

Select the Healthy City geography and field whose values match with your chosen Link Field.

Permissions for this Layer

Save Layer before Switching Tools?

FIELDS FOR THIS LAYER

Your Group Portal will be located at https://www.healthycity.org/g/[slug]/

You can add members and manage group data after saving.

Your Group Portal is located at https://www.healthycity.org/g/[slug]/

Load file from computer
OR DRAG AND DROP FILE IN THIS WINDOW
Loading...
Remove

Add each email address or Healthy City username on a separate line.

Choose Maps for this Group

Choose Data for this Group

Choose Geographies for this Group

Would you like to transfer your saved WikiMaps and datasets to the new platform?

Would you like to transfer your saved thematic data to the new platform?

Welcome to the new Healthy City!

After confirming your account with the new system, you will have the option to transfer your saved WikiMaps and datasets to the new platform.

Save your map to create a persistent URL with this data